While tinkering with the settings for my site, I discovered an Apache module called mod_proxy. I was interested in it because I am running two webservers – one for www.samhobbs.co.uk and one for webmail, and I wanted to redirect traffic from one part of the site to the webmail server using ProxyPass. Unfortunately, I was over-enthusiastic in my explorations and made an error: I enabled my server to be used as an open proxy, and attracted thousands and thousands of dodgy requests from around the world. What this meant is that anyone could connect to my server and use it to visit web pages whilst concealing their true identity: the pages visited would only see my IP, not theirs.

What I did was stupid, embarrassingly so. It wouldn’t have happened if I had read the manual, or even just paid attention to the useful information in the config files. On Debian and Ubuntu systems, the settings for mod_proxy are located here: /etc/apache2/mods-enabled/proxy.conf, and look something like this:

Line 13 was the unlucky one here. You don’t need to enable ProxyRequests to use ProxyPass, but I naively changed line 13 to ProxyRequests on, and didn’t even restrict its usage. Note that the config file actually warns against doing this – it was really stupid. Anddd… hey presto: my RasPi was now an open proxy ready to be exploited by the world’s tech savvy miscreants and script kiddies. 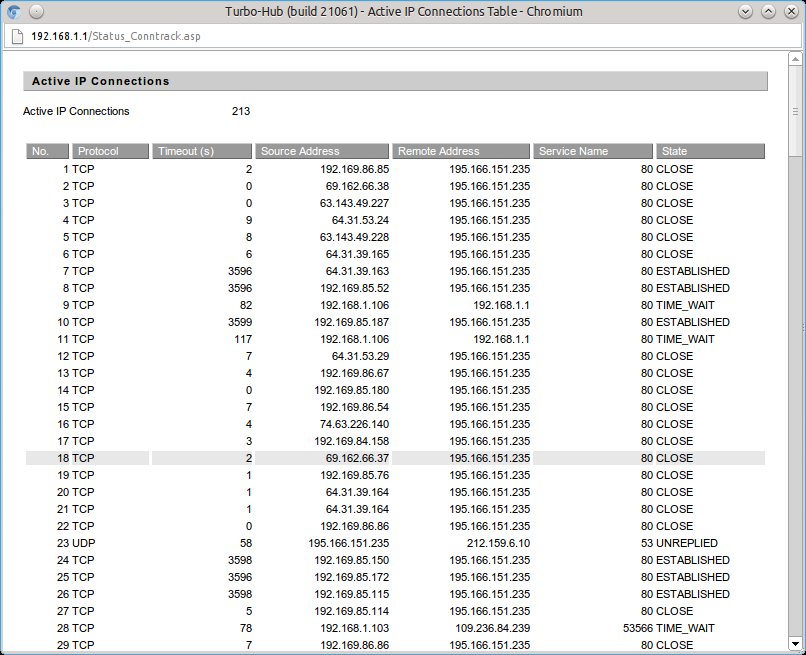 The image above shows the number of active connections during normal use. Other routers should have a similar function to this. If you are renting hosting space from somewhere else then you won’t be able to use this an indicator because your server isn’t behind your router. The second thing that tipped me off was that when I did a google search I got this message: “Our systems have detected unusual traffic from your computer network” and a CAPTCHA box to confirm that I was a human. Presumably, this is because some kind of automated service was using the open proxy to perform google searches. By this time I was very concerned, and had shut off port forwarding on my router while I investigated. I took a look at the apache access logs confirmed the worst: thousands and thousands of requests had been made to the server in the last few days, some of them to really dodgy porn sites and other pages you really wouldn’t want people to think you had visited. Just look at the size of the logs and the dates – the requests to the server for hosts that weren’t defined as virtual hosts in /etc/apache2/sites-enabled/000-default had exploded over the last couple of days. 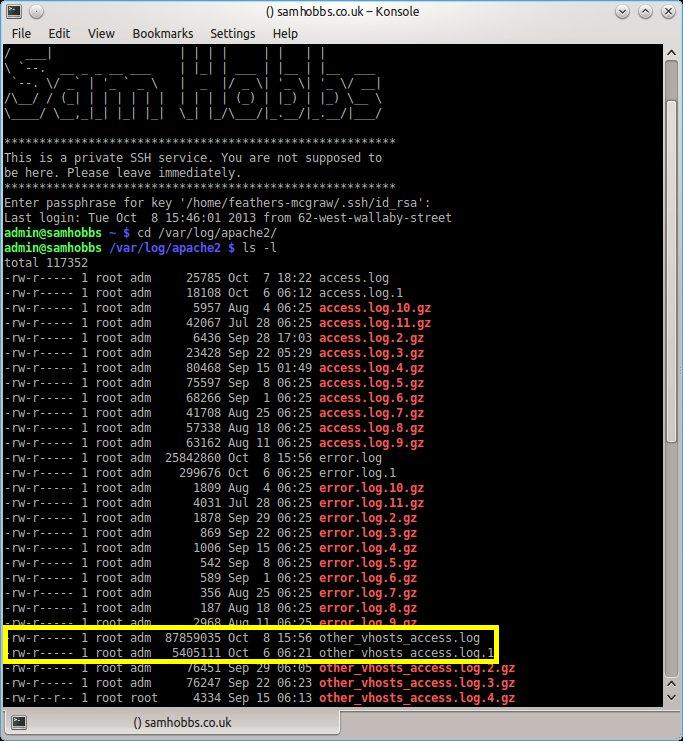 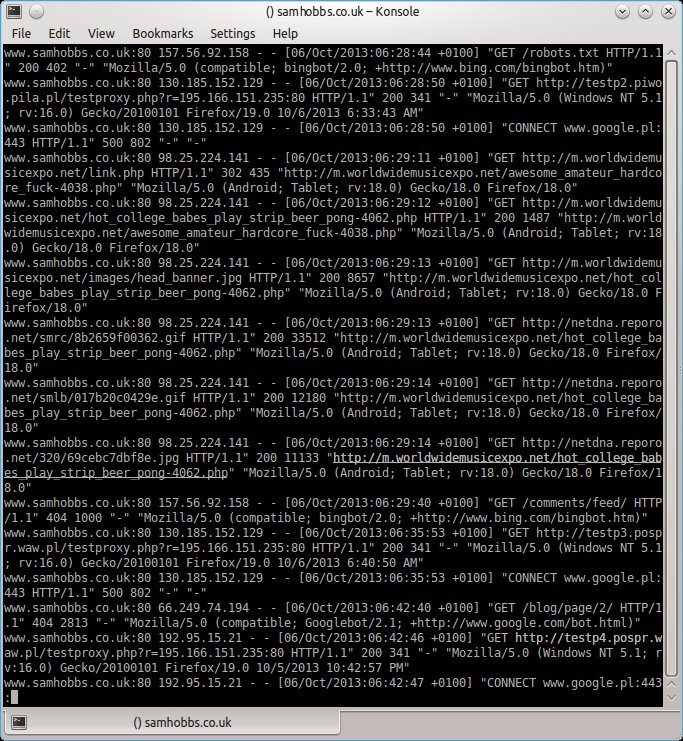 While you sort out the server configuration, turn off port forwarding on your router’s admin page. While there were 4000 active IP connections to the Pi I couldn’t even open a SSH session, either to the local IP address or the global one. I’m not sure whether this is because the active IP sessions were maxed out, or because the server was overloaded, but either way it’ll stop those unwanted connections until you can sort out the configuration. First, change the setting “ProxyRequests” to “off” in /etc/apache2/mods-enabled/proxy.conf. This will stop your server being used as an open proxy, but when someone requests a page on some other site (www.someotherdomain.com/home) your site will look for a corresponding page on your website, and serve www.yourdomain.com/home. This is obviously a waste of your resources, as whoever was trying to use your server as a proxy has no interest in your site at all. The way to get around this is to add to your VirtualHosts in /etc/apache2/sites-enabled/000-default.

The first virtual host (default.only) must go before your other VirtualHosts, and means that if anyone requests a domain that is not defined as a VirtualHost, the request will be rejected instead of sending the corresponding page for your actual site. Now reload the apache configuration:

…and enable port forwarding on your router again. Because proxy requests now return an error code, requests from automated services soon drop off, and anyone trying to connect manually will also lose interest. The number of active IP connections started out around 300, and have now dropped off to below 100. This should solve your problem. I feel really stupid for making the mistake in the first place, but at least I’ve learned something about Apache. Next time I’ll RTFM!

it's installed but not enabled by default

You almost certainly have the module, because it's bundled with apache2 (you can use dpkg's -S flag to search for the package that provides a file on your system): But you don't need to worry about it, because it's not enabled by default. To enable it, you would have to run: which would create a symlink in the mods-enabled folder, and load the module. Sam