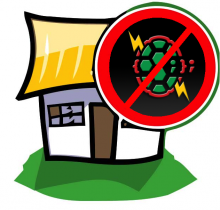 "Shellshock" is the nickname for a recently discovered vulnerability in GNU BASH (Bourne-Again SHell) that has the potential to allow an attacker to execute arbitrary commands through carefully crafted environment variables (see CVE-2014-6271).

This is bad for desktop users, but far worse for servers because it's possible to exploit this vulnerability by attacking CGI scripts. The CGI script doesn't even have to be written in BASH; on distributions that use BASH as the default shell, the environment variables will be passed to BASH before any CGI script is executed. Luckily, the default shell in Debian is DASH, which limits the problem for Debian derivatives like Ubuntu and Raspbian.

If you run a Linux or UNIX-like system that uses BASH, you should update to the new patched version now. In fact, most Linux users probably updated before they even realised anything was wrong, since the patched version was available in the repositories very quickly. Meanwhile, Mac users were still waiting for Apple to comment... lol. 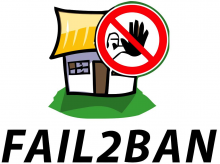 Fail2ban is a great little tool for system administration. In a nutshell, it watches your log files for pre-defined patterns and then executes actions if it sees them. Ususally, this is of the form "if there are more than X failed authentication attempts in Y minutes from a single IP address, update the firewall to block the offending IP for Z minutes". The actions are not restricted to updating the firewall with iptables - you can also configure fail2ban to send notification emails, for example.

This is useful for protecting against brute force attacks against services like: